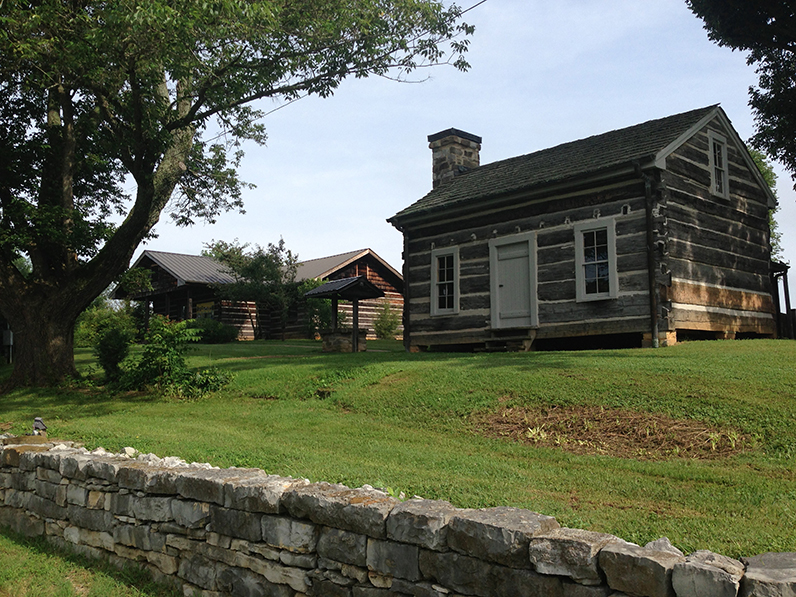 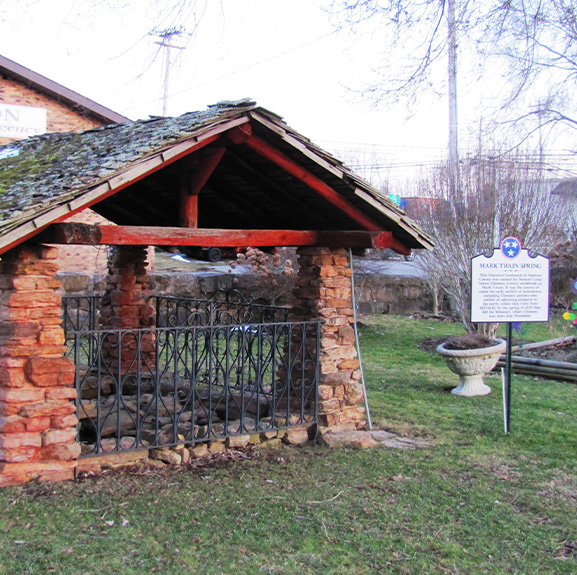 The land had been home to Native American groups for thousands of years, and during the historic period had served as a communal hunting ground for several tribal groups, although the entire territory was claimed by the Cherokee.

The area was initially settled by migration in a pattern influenced by the difficulty of traversing the eastern escarpment of the Cumberland Plateau with its rugged terrain. Settlers followed easier inland and water routes into central Tennessee and worked their way onto the Cumberland Plateau from the west, where the terrain was much easier to negotiate due to the gentler sloping, irregular topography, and more abundant drainage patterns.

The first European settlers of the region were mainly English, Welsh, Ulster Scots and Germans, who began to enter the region in large numbers after the signing of the Third Treaty of Tellico in 1805, in which the Cherokee Indians relinquished all claims to lands in the Upper Cumberland.

Communities began to develop throughout the region, and subsistence farming was the principal industry of the area. Crops such as corn, wheat, rye, and oats were grown; livestock was kept; and the abundant natural resources of the area were exploited. In time, timber, tobacco, small-scale coal mining, pottery, and other industries based around the natural resources of the region became important to the economy of the region. The settlers who entered this isolated area quickly developed an individualized, self-sufficient culture that remained largely unchanged until the 20th century.

In the early to mid-1800s, roads were built to facilitate settlement and commerce. Chief among them were Walton Road, Kentucky Stock Road, Fisk Road, and others.

The coming of the Tennessee Central Railroad in 1890 opened the Upper Cumberland in ways that would not have been possible prior to that time. Manufacturing concerns began to move into the region, better roads were developed, and new schools were established.

By the 1930s, the Tennessee Valley Authority brought electricity, allowing for further development of the region. By the 1960s, with the completion of Interstate 40, the economic and cultural transformation of the region had begun in earnest at a pace that has continued until the present.

Today, it is no longer an isolated area. People are moving into the region from many different places to take advantage of the cultural and economic resources, and the quality of life experienced is a powerful calling card.

The physical features seen around the Cumberland Byway were in large part responsible for shaping the cultural identity of the area and aligning it with the Appalachian highlands to the east rather than the plantation culture of the Central Basin. The highly dissected uplands and mountain areas of the region were not suitable for large-scale, labor-intensive agriculture, which in the antebellum period relied on slave labor. As a result of this, the minority population has remained relatively small.

Prior to 1750 – Buffalo paths provide transportation routes for Native American hunters traveling through the region on hunting trips. Different tribes battle over this land for its hunting value, making it part of the “Warrior’s Path.”

1750 – Explorer Thomas Walker names the Cumberland River, a name that later spreads to other features in the region.

1754-1763 – The French and Indian War temporarily halts travel and exploration through the gap.

Pre-1763 – The Overton County area is used as hunting ground by the Cherokee tribe of Native Americans.

1763 – Long hunters led by Elisha Walden travel through the gap into Kentucky.

– A group of long hunters comes to the area and camps at the current location of Waterloo and along the Roaring River. Several of these hunters remain in the area and reportedly quarrel with local natives.

1769 – Joseph Martin builds a fort nearby at present-day Rose Hill, Virginia, on behalf of Thomas Walker’s land claims. Martin is chased out of the area by Native Americans and doesn’t return until 1775. This settlement is the westernmost settlement of English Colonial America at the time.

– Daniel Boone arrives at the Gap after word of Walden’s long hunting in the area.

1775 – Daniel Boone widens the path through the gap, enabling future settlement of the Tennessee and Kentucky regions. This path becomes known as “Boone’s Trace.”

1776 – The Declaration of Independence is signed.

1779 – Virginia passes a law for “a good wagon road through the great mountains.”

1780 – Road builders request payment for the road over the Cumberland Gap, stating that wagons have passed over it to the convenience of travelers.

1790s – The wagon road is widened enough for passage into the region and becomes known as “the Wilderness Road.”

– This route is the most direct and easiest from the lower Ohio Valley to Philadelphia until the opening of the Erie Canal and roads across the mid-Atlantic states in the 1820s.

1797 – Dr. Moses Fisk moves into the Overton County area, after recently graduating from Dartmouth, to “tame the wilderness and pursue the American dream.” He establishes a settlement at Hilham, the place that he believes to be the geographical center of the United States. He builds four roads radiating out of town in the four cardinal directions, convinced that all roads will lead to Hilham.

1799 – American Revolution Colonel Stephen Copland and his son establish a settlement near Monroe through a land grant and establish a good relationship with the Cherokee chief.

1801 – Claiborne County — named for Virginia tidewater aristocrat William C.C. Claiborne, one of the first judges of the Tennessee Superior Court and one of the first Tennessee representatives in the U.S. Congress — is established on October 29 from portions of Grainger and Hawkins counties.

1802 – French adventurer Andre Michaux explores the Roaring River and its surrounding areas as he passes through Tennessee.

1805 – The Third Treaty of Tellico opens the Upper Cumberland Plateau to settlement.

1806 – Campbell County is formed from parts of Anderson and Claiborne counties.

– Jacksboro, originally known as Walnut Grove, is founded as the permanent county seat for Campbell County.

– Overton County, named in honor of Nashville judge John Overton, is created from a piece of Jackson County.

1816 – Walnut Grove changes its name to “Jacksonboro” in honor of Andrew Jackson.

1817 – Morgan County is formed from portions of Anderson and Roane counties in honor of Daniel Morgan, an American Revolutionary War officer.

– Monroe is established as the first county seat.

– Dr. Moses Fisk establishes Fisk Female Academy, one of the first such schools in the South.

1823 – Fentress County is formed from portions of Morgan, Overton, and White counties in honor of James Fentress, speaker of the state for the State of Tennessee.

– Jamestown is established as the Fentress County seat on the site of a semipermanent Cherokee Native American village.

1829 – Jacksonboro’s name is shortened to Jacksboro.

1833 – Livingston — named after Edward Livingston, who served as Secretary of State under President Andrew Jackson — is established.

1835 – The county seat is moved from Monroe to Livingston due to a decline in traffic through Monroe.

1840 – Pall Mall is established, with farming, barite ore mining, and a grist mill being the major workforces in the area.

1849 – Scott County — Named after U.S. Army General Winfield Scott, a hero of the War of 1812 — is formed from parts of Anderson, Campbell, Fentress, and Morgan counties.

– Huntsville is established as the county seat based on its centralized location within the county and its proximity to a spring. It is named after a long hunter known simply as “Hunt,” who had camped in a rock shelter nearby and later moved his family to the area.

1861 – Campbell County is the first Tennessee county to form a Union Army unit for the Civil War.

– November – General Zollicoffer has secured the Tennessee-Kentucky border from Jacksboro to Cumberland Gap.

1861 – The Scott County assembly enacts a resolution (based on a proposal from Senator Andrew Johnson) seceding from the State of Tennessee and the Confederacy, forming the “Free and Independent State of Scott,” an anti-slavery community.

– June 8 – Tennessee secedes from the Union.

– September 29 – The Affair at Travisville becomes the first military action of the Civil War in Tennessee.

1863 – Union General Ambrose Burnside forces the surrender of 2,300 Confederates in a bloodless engagement, regaining Union control of the Gap for the remaining duration of the Civil War.

– Celina is burned by Union forces and does not function again until after Clay County is formed.

1864 – Union soldiers gun down a group of Confederate soldiers near the Officer Farm.

1865 – Captain John Francis and a group of Confederate guerilla soldiers burn down the courthouse.

1870 – Clay County is formed from pieces of Jackson and Overton counties. The county is named after American statesman Henry Clay, a United States senator from Kentucky.

– Farming and transportation jobs are the main work force, with the Cumberland River transportation center, where docks and ferries facilitate the trade of local crops and livestock to major markets accessible by water.

1879 – Pickett County, named after Howell L. Pickett, is established from sections of Overton and Fentress counties.

– Byrdstown, originally named Wrightsville after Lem Wright, is established as the county seat. “Byrdstown,” honoring Colonel Richard Byrd of Kingston, who pushed to keep Tennessee in the Union, is chosen as the name at the last minute.

1879 – Franklin W. Smith founds Plateau, a community for Boston factory workers. When this fails, he sells the land to Thomas Hughes and moves to St. Augustine, FL.

1880 – Rugby is founded by English author Thomas Hughes as an experimental utopian colony. “Hughes envisioned Rugby as a colony where England’s second sons would have a chance to own land and be free of social and moral ills that plagued late-19th century English cities. The colony would reject Late Victorian materialism in favor of the Christian socialist ideals of equality and cooperation espoused in Hughes’s Tom Brown’s School Days.”

1881 – A typhoid epidemic, lawsuits over land titles, and difficulty in farming the poor soil of the Plateau begin forcing settlers out of Rugby.

1884 – Allardt is founded by Frederick Allardt and Bruno Gernt, who bring a group of German immigrants from Michigan to settle the area in a “model community.”

1887 – Most of Rugby’s original colonists have either died or moved away from Rugby.

1890 – Harvey and Grant LaFollette purchase 37,000 acres at Big Creek Gap, where they found the LaFollette Coal, Iron and Railway Company to exploit the mineral resources of the area.

1925 – Howard Baker, Jr., is born in Huntsville. Baker later serves as a U.S. Senator, ambassador to Japan, and Chief of Staff to President Ronald Reagan.

1929 – The existing Campbell County courthouse is built in Jacksboro.

1930 – Armathwaite grows from a scattered settlement into a town.

1937 – The State of Tennessee takes over the operation of the Alvin C. York Agricultural Institute, making it the only state-run and financed comprehensive secondary school in the state.

1940s – Conservation efforts begin in Rugby when logging practices in the area begin to decimate the surrounding native forests.

1943 – Pickett County loses most of its farmland to the creation of the Dale Hollow Reservoir, made by damming the Obey River.

1972 – Rugby Historic District is listed on the National Register of Historic Places.

1980 – Initial land purchases are made for the Big South Fork Recreation Area.

1986 – The “Free and Independent State of Scott” repeals its secession proclamation and is granted readmission into the State of Tennessee, although its secession had not been recognized by the state, the Confederacy, or the Union.

1994 – 50,000 acres are purchased by the State of Tennessee from the Koppers Coal Reserve, and Royal Blue Wildlife Management Area is established.

2006 – The Cumberland Plateau Heritage Corridor Feasibility Study determines that the region meets federal criteria for a Heritage Corridor, and local residents are in favor of such a designation and are prepared to support its implementation.

2007 – 40,000 acres are purchased by the State of Tennessee and Lyme Timber Company from the Brimstone Company, establishing the New River Wildlife Management Area.